Network Execs Told Stacy London ‘No One Would Watch’ Her Next ‘Unsexy’ Show. Then She Realized How Much Impact She Could Have as an Entrepreneur.

Here’s the story of how London let go of who she was to become who she is.

Schedule a FREE one-on-one session with one of our Franchise Advisors today and we’ll help you start building your franchise organization.

This story appears in the July 2021 issue of Entrepreneur. Subscribe »

I had a long, successful career in television. It began with my show What Not to Wear in 2003 and ran strong for 15 years. Then I got older. I reached menopause, and my perspective changed. Instead of talking about style, I wanted to talk about aging — to alleviate the shame and embarrassment so many women feel. So I did what I’d done many times before: I pitched a TV show about it. And it did not go well.

Networks told me the idea was unsexy and that nobody would watch. I felt like they were talking about me as well — that I was now past my prime. I felt worthless and stripped of my long-held identity as a public personality. But I clung to it anyway; I couldn’t let go of this old idea of who I was. And as a result, I nearly missed the chance to transform myself and reveal a new passion as an entrepreneur.

This experience taught me something important: You have to let go of who you were to become who you are. I used to say that to people all the time. Then I discovered how hard it is to do, but how rewarding it can be, too. I became the owner and CEO of a company called State of Menopause, which makes products to help women manage the symptoms. It’s the mission I wanted to bring to TV — and now I know that there is more than one way to fulfill a mission.

Related: How to Know When to Give Up, When to Pivot and When to Persist

Here’s how I nearly passed up this opportunity, and what carried me through.

State of Menopause was created in 2019 and initially asked me to be a beta tester. I was so thrilled that this brand paid attention to the symptoms I’d been suffering, and I developed a real passion for it — so much so that in 2020, when its parent company decided to sell the brand, they asked if I wanted it. 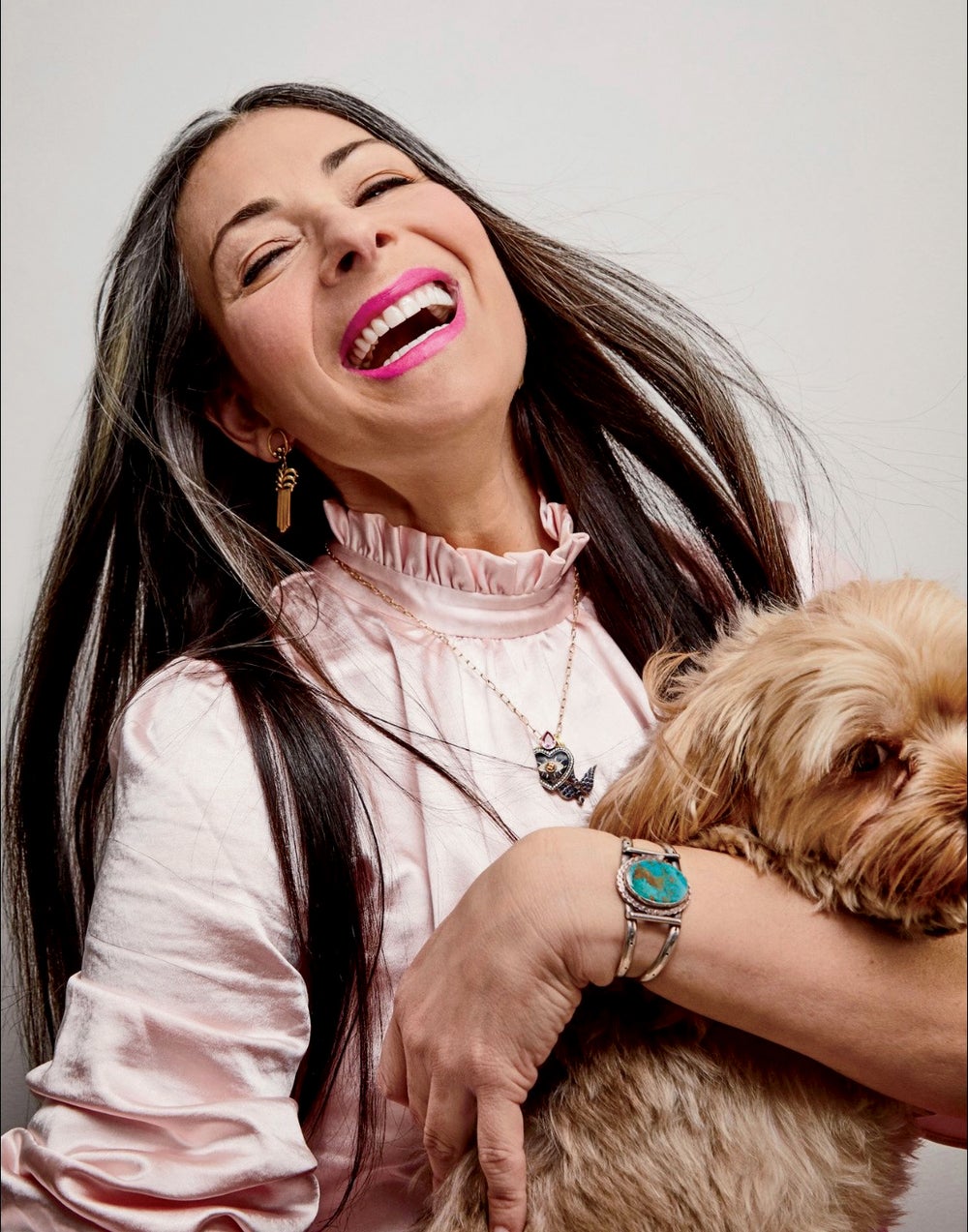 I hesitated. Then I thought about it a lot during the pandemic, when I had the time to sit with myself and ask questions. I don’t want to be that person who holds on to an old version of themselves, I told myself. But I struggled to let go…until I asked myself the question that changed my perspective. It was this: What is my kernel of truth?

In other words, what did I already have that I could bring to this new identity? Being CEO would be new. Owning a business would be new. So what wouldn’t be new? It was my need to tell a story that, while personal, is also universal. I was going through a massive personal change — and so are State of Menopause’s customers. I can relate to them and serve them.

I realized that change doesn’t mean fully abandoning what you were. It just means taking the best of you and putting it all to new use. That’s when I was able to say yes, and to become CEO.

Related: Our Global Reset Inspired Female Entrepreneurs to Pivot, and You Can Do the Same

My hope is that women my age also see new chapters and possibilities for themselves. Yes, there is a secondary grief in saying goodbye to youth. But as we live longer, we will be “older” for a lot more time than we’ll be “young.” You can call it transformation or change — but whatever it is, it can be a time of infinite possibility. I say, lean into the existential crisis. What feels like a midlife crisis can become a midlife renaissance, so long as you can look at things like success, failure, adversity, and luck as all the same thing: experience.

Taking on this company meant leaving a version of me behind so a new one could exist. But the way I see it now, I’ve already had a few careers in my life. Why stop growing?